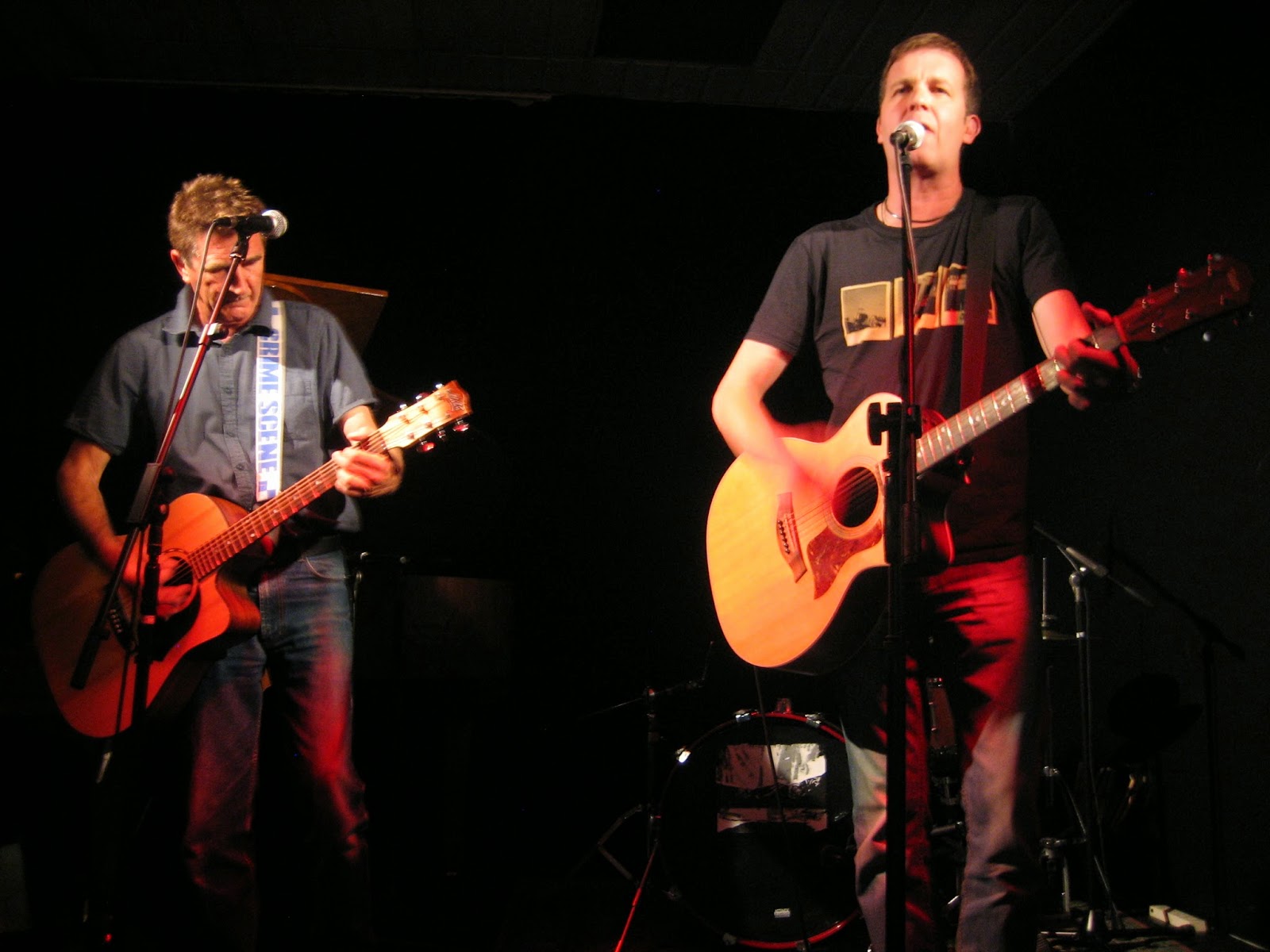 After two great nights in Sydney and Canberra respectively, we were in high spirits as we headed towards the Victorian border.
The drive in to Melbourne put paid to any enduring joy - it wasn't much fun at all. The last hour and a half was especially nerve-wracking. I honestly don't know how people can commute like that each day without their hair turning white and their blood pressure going through the roof.
We got to our hotel about an hour before we were due at the venue; just long enough to see that they'd given us a double bed. They said they'd fix it while we were out but they didn't. We had to move our stuff into another room at 11.30 PM.
The Melbourne show, at The Drunken Poet, was quite a lot of fun and helped restore the good vibes of the previous two nights. I've wanted to play there for ages (following in Andy White's footsteps, again) so it was great to be able to finally tick that one off. There were a few there to see us, including a new friend of ours named Ollie, whom we'd met in Coober Pedy. He'd arrived back in Melbourne and bought a few mates out for a listen and a drink. Good man.
Mount Gambier was a pretty easygoing evening; I think the punters enjoyed us but it was a typical Friday night front bar crowd. Footy, racing, bar snacks and, erm, a live band in the corner...
Port Elliot was a similar affair. A few came in, close to 11.00, when we were three songs from finishing and asked us to play more.
"Where were you at 8.00?"
"Having dinner and stuff."
"Bad luck then; we're done. Goodnight"
Far too late in the tour to be overly generous. I was tired.
I woke up on Sunday after too little sleep and too much whisky. Despite these maladies I was still in a good mood; we were headed home. Breakfast at the Port Elliot Bakery and a coffee in Strathalbyn helped enormously. We arrived back in town around Noon and enjoyed a couple of hours of normality before heading to the Whitmore for the final gig. What fun we had! I managed to record most of it so there's another artifact for the archive.
Job done!

Posted by David Robinson at 9:44 AM