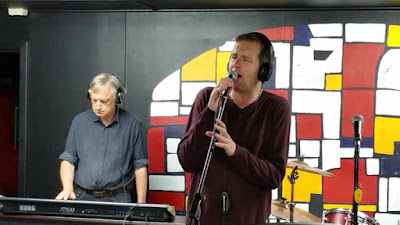 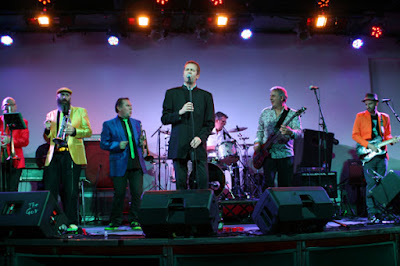 www.davidrobinsononline.com
Posted by David Robinson at 3:12 PM No comments:

Laura and her friends...

Gigs have been coming thick and fast for a few years now, but I never take them for granted. You never know when the well will run dry. My motto is, wherever possible, "never say no to a show".
One of my favourite events is the Laura Folk Fair. As mentioned previously, I'd passed through the delightful place a few times on my mountain bike, and always thought it was an attractive place.
This year was my second visit to the Folk Fair, after taking my bow in 2015. It was a similar deal for the 2016 fair: five shows, spread across the weekend.
We decided to make the trip a little more of an adventure by travelling up to Melrose first. Another lovely place. I organised a gig at the Mt Remarkable Hotel, and had a great time entertaining a few of the locals on the Thursday night. It was also nice to do a bit of walking around Mt Remarkable itself the next morning. And enjoy a pub lunch. 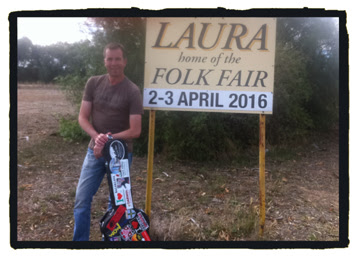 We stayed in a big old house in Laura, and had a lovely time wandering around and getting into the spirit of things.
I played shows on both stages, kicking off with a two-hour show on the main stage late morning-early afternoon on Saturday. Given the relatively early hour and the duration, it was a fair effort but I enjoyed the vibe immensely. I caught up with the guys from Dirty Frank, who were up there on the Saturday, and watched The BordererS do their thing. The Saturday night fireworks were a hoot. 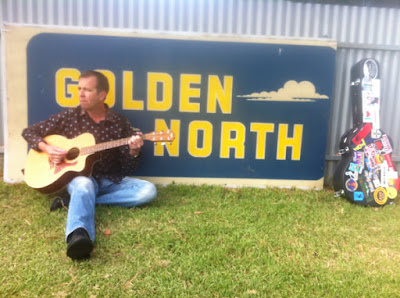 I had three shows on the Sunday, so I was pretty much on stage all afternoon. Another decent workload, but that's what I was there for. Folks seemed to dig my originals, which is always a good thing, and most of my sets were built around my songs.
Over the course of the weekend, I sold a few CDs, bought a bottle of commemorative port to put in the music room, and made some new friends.

All up, we had a great few days away. I hope to repeat the adventure, most likely in 2017.

www.davidrobinsononline.com
Posted by David Robinson at 11:48 AM No comments: