I'd been trying to make contact with The Queens Head in Belper for months, hoping to get a gig there while I was in town. I particularly wanted to play at the Queens Head because Andy White seems to appear there whenever he tours England, and because it's close to "home".
I'd received no responses to emails and the website contact form, and the pub was shut when I visited, so I'd pretty much given up any hope of playing. Just before I went to sleep on Wednesday night, I made one more effort, using a Facebook link I'd discovered, to contact the Queens Head about playing there...
It worked. There was a reply waiting when I awoke. All hail Zuckerberg.
We arrived at the pub after walking up from the marketplace, cold and uncertain. I had a pint. Lynn had a half. After asking around, we made our way upstairs to the venue. I introduced myself, and got sorted out. Everyone I spoke to was warm and friendly. What a great spot. Because of the last-minute nature of things, I had to borrow a guitar from a fellow performer. I'd had to do exactly the same in 2010 when I played in Derby. This time though, I didn't have plectrums, harmonica, capo, tuner etc. I, who have nothing. I had to borrow a pick.
With a sense of joy outweighing any anticipation, I took the stage around 9.45. I was wondering how I'd go down with the crowd. Everyone seemed to be up for a good time, so I rattled out a few of my favourites. The banter was good; I trotted out some of my travellers' tales between songs. It was great fun and the time flew. I finished with Say Goodbye and then said goodbye.
Audience reaction was positive, and feedback was good.
Now I can add The Queens Head, Chesterfield Road, Belper to the list of venues played.

www.davidrobinsononline.com
Posted by David Robinson at 7:42 PM No comments:

As part of my slightly absurd search for my roots, we went out to Long Eaton to have a look at the first house I ever lived in. It is still standing, and it sits on the Nottingham Road on the outskirts of Long Eaton itself, just over the railway bridge.
It was another cool morning, I was pretty happy that we managed to navigate the buses and find the house without any dramas or wrong turns. It was a nice moment, standing out front. I resisted the temptation to knock on the door.
Long Eaton itself looks to be a pleasant sort of place; it  is on the border of the Derbyshire/Nottinghamshire counties and, despite its Notts post code, it is most definitely part of Derbyshire.

www.davidrobinsononline.com
Posted by David Robinson at 6:05 PM No comments: 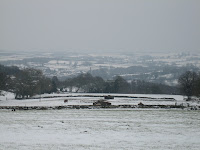 The last thing people want to see in spring, after enduring a long, cold, lonely winter, is more winter weather. Luckily, we are on holiday and the weekend's snow was a terrific experience. Looking out the window on Friday morning we were like kids on Christmas Day. It was like something out of a movie. Everything was white. Neither of us have ever experienced snowfalls so our trips out to the local shops and pubs were great fun, if a little challenging.
Walking down the street, treading carefully, throwing snowballs and marvelling at the views, we must have looked like loons to the locals. Not that we were bothered...
If it keeps snowing, it might affect some of our walking and travel plans, so it can brighten up anytime it wants now.

www.davidrobinsononline.com
Posted by David Robinson at 6:30 PM No comments: 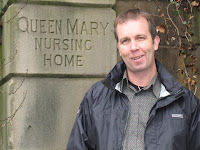 I was born in the Queen Mary Maternity Home, Duffield Road, Derby on the twenty first day of March, 1963. Spring Day in England. The hospital isn't there anymore, but some of the buildings remain, fronting the pleasant-looking housing estate on Queen Mary Court. It seemed appropriate to head out for a visit last week, as part of my 50th birthday celebrations. It was a bitterly cod, but dry morning, and it was a good adventure with which to start the day. We had a nice wander around and took a few photos.
It's not every day that one turns 50, so I thought I'd make the effort to mark the occasion in memorable style. After my pilgrimage to the hospital site, we went into Belper and bought a copy of the Derby Telegraph (to preserve) before heading 'home' and receiving some greetings, cards and presents from friends and family, near and far.
Three of us went to The Spotted Cow at Holbrook for lunch, where I enjoyed mushroom stroganoff, roast vegetables and yorkshire pudding. Washed down with a pint of the rather curiously named Falstaff's 'Zsa Zsa Gabor' ale.
I was lucky enough to receive some more gifts, and a birthday cake, in the afternoon. I'd also had some internet purchases waiting to be opened so I was able to thumb through some 1970s Richard Allen novels.
The whole day was brilliant, and obviously quite different to my usual birthday minimalism...

This old man was happy with his lot.

www.davidrobinsononline.com
Posted by David Robinson at 7:13 PM No comments:

Half the world away. Again.

Here I am again, back in the Old Dart. The flight over was surprisingly easy; we were very well looked after by the good folk of Singapore Airlines. Only having a short layover in Changi helped too.
Passing through the UK Border at Heathrow is always a nice moment - it's good to have the journey (almost) done, and it's great to be back in England.
We arrived in Belper around tea time on Tuesday night and were quickly settled in and enjoying not being on a plane, coach or taxi.
Our first couple of days were spent finding our feet in Derby and in the local village. The weather belonged more to winter than it did to spring. Undaunted, we braved the elements and had some fun.

www.davidrobinsononline.com
Posted by David Robinson at 5:58 PM No comments:

The Stone Roses - I Wanna Be Adored

When I heard that The Stone Roses were coming to Australia I booked tickets straight away. It didn't matter that I had to pay for a full festival ticket just to see a one hour gig - this was The Stone Roses, for heaven's sake. I booked the tickets five months before the band arrived in Australia; I spent weeks hoping that Ian Brown and John Squire wouldn't fall out and break the band up (again).

Such is the pace of this crazy life that I parked the emailed tickets in a folder and just kept on doing the things I do. I didn't even think about the fact that the Roses might play some sideshows. Therefore, I missed the chance to travel to the east coast and see them play a "proper" concert. Never mind...

I spent the day of the gig listening to my Stone Roses CDs. Despite only releasing two "proper" albums, there's (at least) four compilations, the remix record, and a few bootlegs. It had been a little while since I'd listened so it was a pleasant way to spend a hot day.

We arrive at the Future Music Festival about an hour before the gig and set about locating the stage. It is obvious to me that many of these people have had a long, hard day. Sunburned bodies, staggering and slurring seem to be the order of the day. Tattoos and underpants are prevalent. Not the greatest advertisement for youth, vitality and beauty, but I guess we've all been there. Some of us have lived to tell the tale.

Dusk provides some relief from the heat as the band walks onto the stage to warm applause. Some of these folks have waited years for this; myself included. A perfect setting; warm but not hot, a starry Adelaide sky, an easygoing vibe running through the crowd. No prizes for guessing the first song. I Wanna Be Adored. I am in pinch-myself territory for a few moments. Here I am, watching the Stone Roses. I'd seen Ian Brown at The Gov a few years' back but this is the real deal. I hope it will last forever.

Reni, resplendent in bucket hat, and Mani are solid, with the occasional flourish, and John Squire's guitar is faithful to the original Roses' sound, perhaps showing what he's picked up since, every now and again. King Monkey's voice is spot on (in Roses' terms), although the last couple of songs seem to take a few seconds before the sounds mesh. Perhaps it is an imbalance with the lead and backing vocals.

The set progresses through familiar and expected territory; I don't know why I'm surprised to hear Sally Cinnamon but I am. Of some interest is the performance of Don't Stop; a song that is based on the reversed recording of Waterfall. Life imitating art. Everybody loves Fools Gold, even this 10-minute version. Made of Stone and This is the One take me back to another (life)time. Unsurprisingly, only one song from the second album gets a run out. Love Spreads. The Second Coming album is a guilty pleasure of mine, and I prefer quite a few of the album tracks to Love Spreads. How Do You Sleep, anyone? Oh well, it's their choice. The Roses return to earlier days with She Bangs the Drums; a great singalong tune. The lengthy, applause-baiting, finale of I Am the Resurrection is classic. Have they finished? Yes? No? More! All done!

Ian Brown has said almost nothing through out the set. His farewell consists of a few repeats of the phrases "Stone Roses" and "Thank You". All four join hands and thank the audience. Lovely boys, all.

And then, they are gone.

And so are we. Back to the car, dodging the dodgy t-shirt sellers hiding in the parkland shadows. $20 for a t-shirt? No thanks boys; the one I'm wearing cost me five quid in the HMV Store in Derby in the nineties and it's still going strong.

Setlist:  I Wanna Be Adored, Sally Cinnamon, Waterfall, Don't Stop, Fools Gold, Made of Stone, This is the One, Love Spreads, She Bangs the Drums, I Am the Resurrection.

www.davidrobinsononline.com
Posted by David Robinson at 4:31 PM No comments: 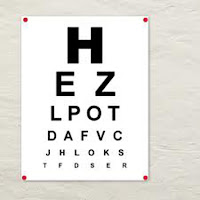 www.davidrobinsononline.com
Posted by David Robinson at 9:54 AM No comments: