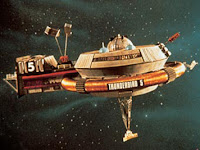 Watching the International Space Station pass silently overhead is a wonderful thing. I don't know why it makes me feel so good, but it does.
Is it the notion of solitude, of separation from this crazy place? Is it admiration for the work of the engineers, the scientists? Or something else?

A flashback to sitting on the floor as a young lad, the whole infant school watching the grainy, flickering image of Neil Armstrong set foot on the moon on what must have been a 20-inch black and white screen. It was our telly. My Dad had bought it to school. This meant I was a pretty popular kid, for a few days.

This tiny but bright object, arcing through the heavens. At 28000 km/h. With people on board. Wow.

www.davidrobinsononline.com
Posted by David Robinson at 4:29 PM No comments:

The first week of the rest of my life... 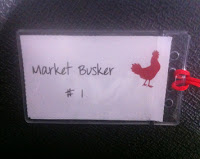 Now that Christmas and New Year are done, and people are finding their way back to work, my newly-acquired vagabond musician lifestyle is beginning to feel a little more real.
If the last week is anything to go by, I will be busier than ever, now that I am standing on my own two feet.
I've played three shows, with one more this evening, so public appearances have been healthy. I've also spent so much time on other aspects of my music it's not funny. I have managed to tee up a few shows through January and February, sorted out my public liability insurance and a few other similarly boring grown-up things, completely revamped my music site, reorganised the music room/studio and rehearsed some new songs. I've had another article published in a national glossy music magazine, and have set up a series of review gigs for Fringe time.
My new-found role as full time squire of the house and land has also seen me gainfully employed in gardens, kitchens and storage facilities alike. All good fun - it's nice to potter around the property, doing the old man shuffle.

www.davidrobinsononline.com
Posted by David Robinson at 5:13 PM No comments: 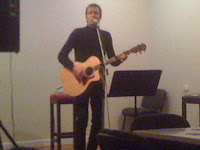 Last night I waved goodbye to the busiest year I have ever had, musically.
In the first half of 2012 I played 24 times. Not too bad, I guess. About a gig a week.
From July 1 until New Years' Eve, I performed 96 times. Ninety Six. In just 184 days. Wow. I made my mind up mid-year that I was going to play more and I certainly made it happen.
No wonder I'm tired.
Memorable gigs included playing at the Irish Club for the first time, appearing at the Balaklava Races, launching the Yours Truly CD at the Grace Emily, playing at The Union in Sydney, singing my songs at the Semaphore Music Festival on the Busker's Stage, doing my thing at the Tarlee Community Fair, playing a Hank Williams tribute show, surprising Ken Stewart at Bondi Beach with a set of Urban Guerillas' songs, appearing at Shimmering West during the Fringe Festival and, of course, entertaining folks across five states and territories as I rode the rails on Australia's great trans-continental trains.
I've put two CDs out, and appeared live on Three D radio and Radio Adelaide. I've run a series of songwriters' workshops, had poetry published, and a bunch of my other writings have appeared in local and national magazines. I've played in a few duos, learned a ton of other people's songs, and met some brilliant folks along the way.
It's been a hoot, and I can only hope for more of the same in 2013.

www.davidrobinsononline.com
Posted by David Robinson at 4:07 PM No comments: