Nose to the grindstone 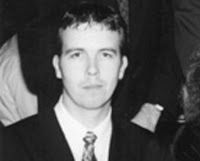 I am headed back to work on Monday. It's been five and a bit months since I was last there, and the break has been brilliant. I've been much busier than I expected, and there's plenty of stuff that I am still trying to get to. I haven't read as much as I would have liked (damn you, Ulysses!), haven't written enough music, nor have I learned many new culinary skills. But these are all things that can be worked on.
Having said all of that that, the house and garden are about as well organised as they have ever been, I've been to England, written a number of articles for magazines, and toured the Flinders Ranges on my bike. I've performed a few times, and become better acquainted with my recording studio. I've watched loads of films, and listened to plenty of music. The household technology has advanced, with most appliances and applications integrating successfully. It's been a hoot.

I'm not sure if this blog will continue. We will see.

www.bleakumbrella.com
Posted by David Robinson at 7:12 AM