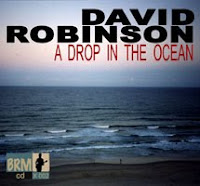 Today I woke up feeling a little out of sorts.
Today is Monday, quite possibly the worst day of any given week.
Today I had to talk to people in my office, preparing for my return to work. It's less than three weeks away. Five months has whizzed by. Although the discussions were both necessary and worthwhile, they still got in the way of me being on holiday.
Today was a day that had its fair share of minor irritations, but it was still a fruitful exercise. I started the day with the White Album. I did some cooking, some gardening, and some reading. I continued developing an article that will hopefully see the light of day in a cycling magazine soon, and also did some work on a new song.

I sat out on the front verandah this afternoon, watching the birds lark about in the garden. The pale sun was doing its best to convince me that it was spring. You'll need to try a little harder than that, sun.

This evening I watched another in the Classic Albums series. This episode looked at Duran Duran's second album, Rio. Although it's not an album I am familiar with, the show was enjoyable and informative. I'm waiting for the Classic Albums team to knock on my door, wanting to feature A Drop in the Ocean. I'm not holding my breath.